If there were Oscars for energy performance, Brooklyn would surely bag a shed-load of statuettes. Since 2010 Brooklyn has been the heartland of the US Passive House movement in North America, shining a bright light into the dull recesses where energy vampires thrive and where comfort and energy are sucked out of buildings at an alarming rate.

Rather than starting with relatively easy new-build projects, Brooklyn has focused its efforts primarily on tackling the retrofit sector with several projects winning notoriety including Julie Torres MosKovitz’s project Tighthouse which won a Global Passive House Architecture Award in 2014.

Julie’s project has inspired many others to follow suit and there are now several brownstone retrofits underway across the borough. Baxt Ingui Architects are rolling out a continuous stream of Passive House projects including the New York City’s First Landmark Passive House in, you’ve guess it, Brooklyn Heights.

New build multi-family projects are also a feature on the Brooklyn skyline, including Chris Benedict and Henry Gifford’s affordable housing project in Bushwick which featured in Mayor de Blasio’s seismic One City Built to Last energy strategy for NYC. Non-domestic projects are also featuring, including the ambitious retrofit of a former industrial rail side building into a private ambulance dispatch center, led by local Architect Greg Duncan. 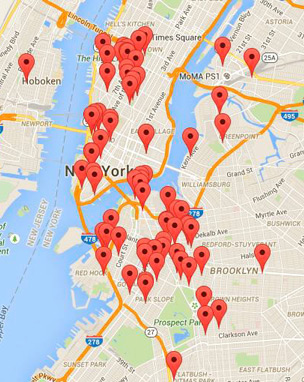 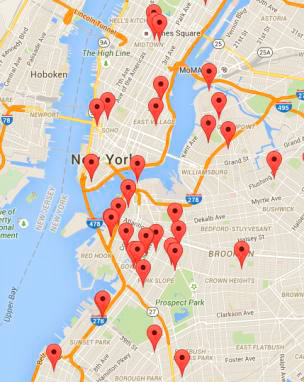 On a personal note, I’m thrilled that our firm Passive House Academy landed in Brooklyn in 2011 and set down roots there as a base for our North American training, consulting and certification operation. On my first ever visit to Brooklyn I had dinner in the wonderful Vinegar Hill House near Dumbo (I seriously recommend it!). Given that my school boy bedroom window in my Irish home town of Enniscorthy perfectly frames a view of the original Vinegar Hill, it seems destiny brought me to Brooklyn some 40 years later. Remarkably, the same town of Enniscorthy was the Irish location for the movie ‘Brooklyn’ just nominated for the (real) Oscars.