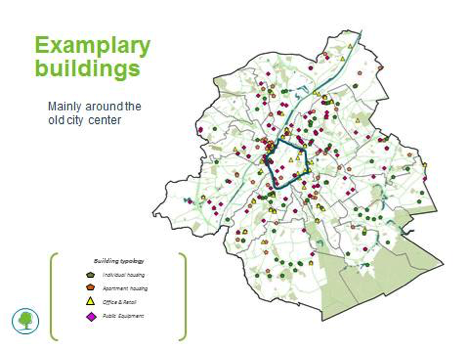 Lots of cities around the world talk about energy efficiency very much in the future tense – planning to reduce emissions by an impressively large percentage by the time we’re all retired or pushing up daisies. Not Brussels. They’re doing it right now, going about it very modestly with little fuss and delivering stunning buildings in the process. Having just spent three days in the city that wafts of yummy chocolate, I can honestly say that it’s on track to have the most energy efficient building stock in the world in the very near future. And it’s all down to the Passive House standard.

Passive House Academy hosted a three day jam- packed excursion to Brussels, the world’s first region to mandate Passive House. In attendance was a diverse gathering from the US and Canada, including developers, architects, project managers, legislators and consultants. Our mission was simple; to immerse ourselves fully in Brussels and find out how they’ve managed to dramatically transform their whole approach to energy efficiency. The structure of the mission focused on policy matters on day 1, retrofit on day 2 and new build on day 3.

Our first meeting was with Minister Céline Fremault who provided an overview of how Brussels ended up going passive. “We just decided to do it” said Minister Fremault very matter of factly. Rather 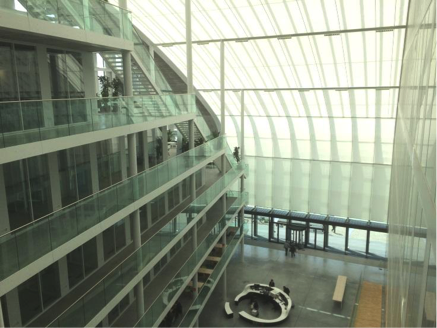 than thinking about energy efficiency in the longer term, they pulled the trigger on Passive House and got the policy introduced without so much as a whimper. Sure enough there were negotiations along with the way with some of the players but the goal of mandating Passive House became law formally on January 1st 2015.

The Government cleverly devised an ‘Exemplary Building’ program in 2007 with the specific objective of warming up the sector and developing interest. Over a six year period an annual competition was held which motivated the development of exemplary projects of all kinds, financially supporting projects to the tune of €100 per m2 (approximately $11.50 per ft2), with 10% of that fund going towards high quality design. The level of uptake took the Brussels Government by some surprise, being heavily over-subscribed. In total over that period 243 project were completed, documented, broadcast and celebrated – a master class in how to radically shift a building culture in just six years. The Government didn’t make empty promises, they simply put their money on the table, a modest investment in the future of the city, the region and our planet. 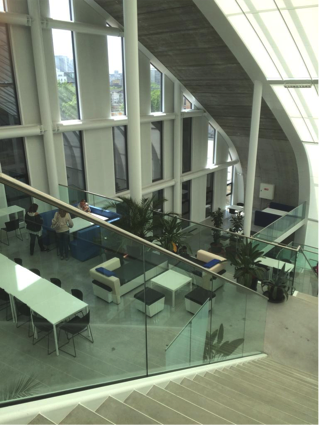 Ms Joke (Yoka) Dockx and Gregoire Clerfayt next provided an overview of how the policy emerged including highlighting some of the key challenges encountered along the way. The metrics used in Brussels are the same as those defined by the Passive House Institute (tabled across), with some modest modifications and phasing-in introduced following the above referred to consultation process. One of the key concerns from the construction sector for example was the perceived challenge of reaching the airtightness standard of n50 0.6 ACH (it turned out that their concerns were unfounded and achieving the Passive House airtightness has actually not been an issue). A very pragmatic ramping-up approach was therefore agreed whereby in year 1 (2015) the airtightness required is a little relaxed at 1.0 ACH and will be tightened each year to reach 0.6 ACH by 2018. That seems to be very much the Brussels approach; solution focused and very pragmatic.

Nearby the Environment Department we visited the Greenbizz project led by Architect Sabine Leribaux of Architectes Associes which is nearing completion. The project comprises Passive House offices and low-energy light manufacturing and commercial units. The offices are bright and airy and will use about 90% less heating and cooling energy than typical offices in Brussels. We were also provided with an overview of land use policy in this region of Brussels by Pierre Lemaire of ADT (Brussels Agency for Territorial Development). Pierre explained the escalating demand for housing in the Brussels region and the approach of using a pre-vetting Master Architect on all planning applications to ensure the highest quality of design.

With the delegation now settled into our Brussels excursion and invigorated by presentations from some of the leading lights in Passive House; excitment was building for a busy Day 2!